@Paolo BLEvo : Can you update your manual to the newest version of the app for german readers, please ?

Ed updated the user manual for the latest version of BLEvo for Android..
Here below there is the link..
It is always the same and it is reachable directly from the app.
Instruction manual for BLEvo.pdf
N

I have just released version 3.5.7 of BLEvo for iOS.
I have reviewed the Smart Power configuration menu. Now you can also configure the static settings without the connected bike. In addition, I added 4 preset settings in order to start trying the Smart Power according to your athletic skill.
I attach a screenshot.

Here are all the news:
- Reviewed the configuration of the Smart Power
- Added presets for Smart Power configuration
- Added the ability to upload all statistics to Strava
- Added ability to rename GPX files
- Added configuration parameter to automatically lower the brightness of the display (to save battery). The display is reactivated on the change of assistance or on remote commands
- Removed double pop up on new tour
- Bugfix: Calculation of Wh / km when there is the second battery
- Bugfix: Correct display of data uploaded to Strava 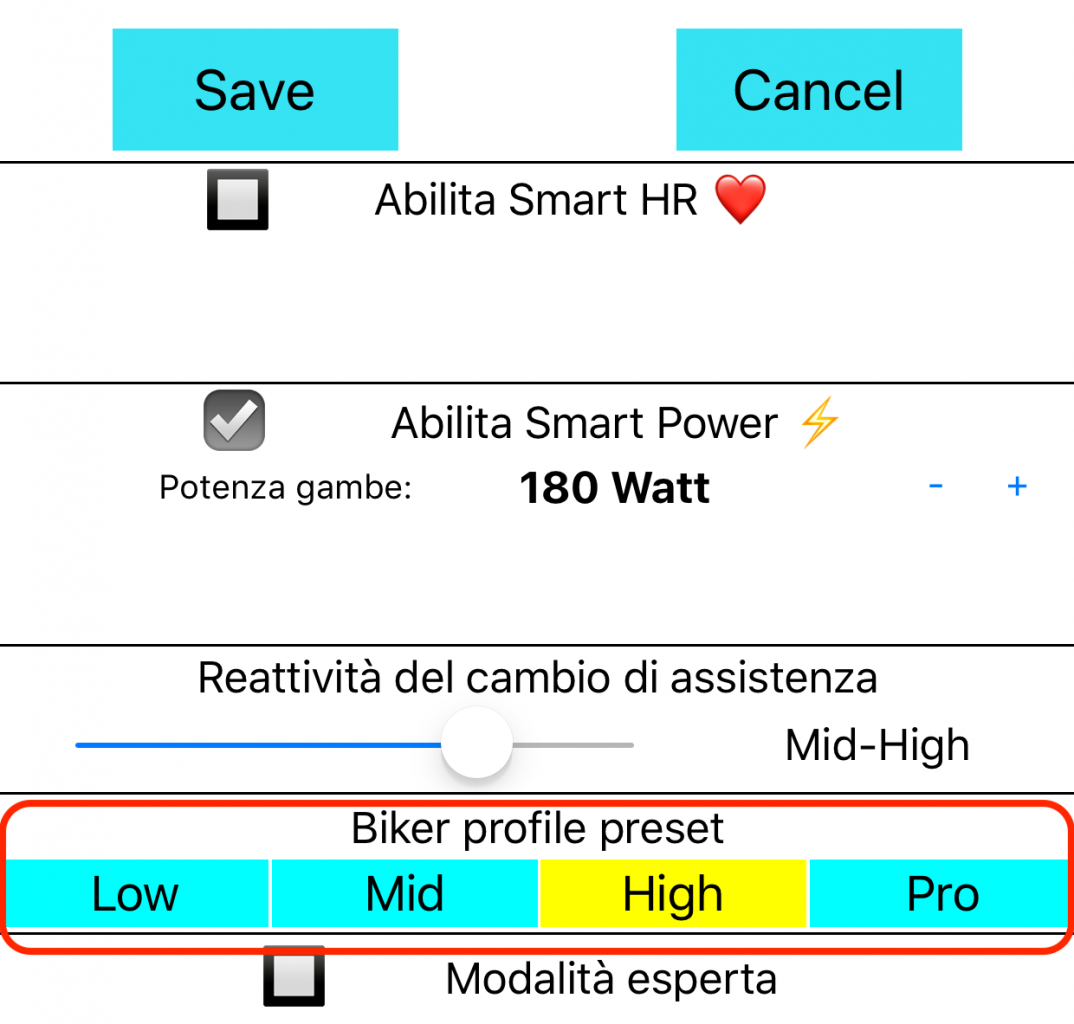 Question to Paolo: in case the default phones battery is low and then using a second phone with BLevo for a ride, can I copy the tour data to the primary phone? I tried to copy the four data files into the BikeMonitor folder, but the primary phone does not show this ride.

Thank you very much to all of you who have made this possible.
B

Paolo BLEvo schrieb:
I have just released version 3.6.7 of BLEvo for Android.
I have reviewed the Smart Power setup menu again. The +/- keys have been added to allow you to select the chosen value more finely and I increased the size of the dots of the sliders. In addition, static assistance will now be calculated automatically according to the Smart Power settings.
I also added the bike disconnected audio message because sometimes the bike disconnects. When you hear this message, without touching BLEvo, just turn the bike off and on and the reconnection will take place automatically.